What does “potting” mean in electronics manufacturing?

What does “potting” mean in electronics manufacturing?

Potting boxes are among the most common electronic enclosures. They protect the box’s internal components from physical damage and environmental factors. Potting also enhances electronic insulation.

However, the approach is slightly different from other strategies used in electronic enclosure design as the enclosures are filled with semi-solid compounds that preserve and protect the components. This can sometimes cause confusion.

Below, I will explain electronic potting basics, review the three most popular potting compounds, and provide tips to help you select the correct potting material and pot your electronics properly.

What is Electronic Potting?

Potting, sometimes called embedment, is the process of filling a complete electronic assembly with a solid or special jelly to enhance resistance

to shocks and vibrations and keep out gaseous compounds, water, moisture, and corrosive agents.

The potting box itself is a small to medium-sized plastic case that encapsulates the printed circuit board (PCB) or electronic assembly.  It may also be a special cavity within a larger enclosure intended to provide this specialized protection.

START A POTTING PROJECT – GET A QUOTE

Potting your electronics, especially PCB boards, increases protection against tampering, moisture, and voltage leaks. As a result, you can look forward to improved electronic performance and greater circuit reliability.

Which are the Best Compounds?

The best potting compound depends on the individual project. However, the most common materials are epoxy, urethane, and silicone.

Urethane’s main advantages are flexibility, elongation, and abrasion resistance. The flexibility is especially critical as most devices needing potting comprise several substrates, including metal alloys, ceramics, plastics, and glass. Therefore, you need a highly versatile material to protect every component while preserving each substrate’s unique properties. Specially-formed urethane potting compounds do that brilliantly.

Silicone potting compounds are also soft, flexible, and known for excellent elongation properties. However, what stands out most about silicon is its wide operating temperature range. Specially-formed silicone potting compounds can operate at temperatures as low as -100°F and as high as 200°F. Silicon also exerts the least stress on components. Unfortunately, it’s the most expensive of the lot.

How to Select the Best Compounds for Your Project

The following are four important factors to consider when selecting a potting compound for your application;

Hardness: Harder compounds offer better weather and abrasion resistance and IP protection. Epoxy and urethane, with hardness up to 80D, are the best selections if you want a hard and rigid compound. Meanwhile, silicon’s hardness ranges from 10A to 60A, making it hard enough but highly flexible.

Viscosity: Most potting applications require low-viscous compounds that are flowable and self-leveling. So, standard potting compounds are designed this way. However, feel free to request higher viscosity compounds if necessary.

Color: You need the right potting compound color if the color and visibility of the final product are critical. Otherwise, a dark opaque color is sufficient. Remember, though, that LEDs require transparent compounds for visibility.

4 Critical Factors to Consider When Potting an Electronic Assembly

Though every manufacturer follows a unique path during potting, the following general tips can help ensure the highest product quality;

Electronic potting can be critical in applications where PCBs and electronics assemblies require protection from dust, moisture, water, and general abuse. However, it’s even more important to prepare the potting compound properly and apply it correctly. Fortunately, you now know the basics. 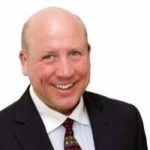 Tony Zuberbuehler is a Sales Manager at Versa Electronics with a focus on electronic contract manufacturing. Tony’s career in technology manufacturing spans 25+ years and has included roles as an engineering liaison, in purchasing and material management, manufacturing and planning, customer interfaces, and product fulfillment. Connect with Tony Z on LinkedIn.